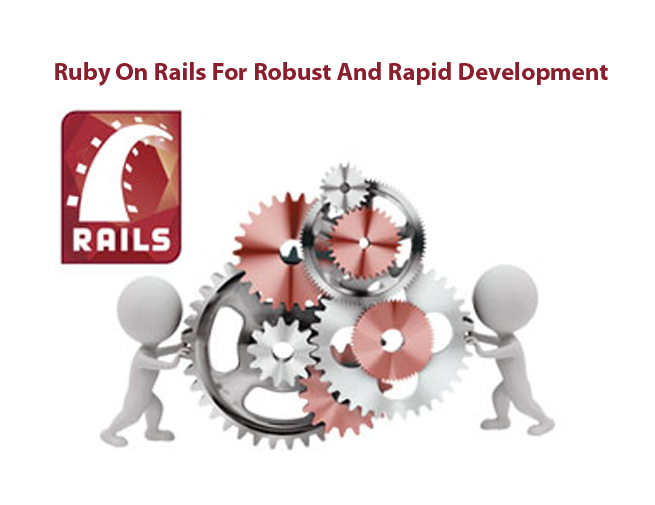 Ruby On Rails For Robust And Rapid Development

For a long time now companies have been asking which programming language can offer them the fastest and cleanest web application development facilities. The answer has been to choose Ruby on Rails development. Ruby on Rails is the popular web framework that utilises the powerful Ruby language and has been growing very popular among the development community and for good reasons. Choosing to go with Ruby on Rails development allows for rapid development of web based applications and it is a great tool when you want a scalable product that can be easily maintained. Whether it is a start-up or a well established company, Ruby on Rails development has found takers with all kinds of businesses and it is an immensely successful language when it comes to web development. Its power lies in its ease of use, great speed and the fact that the language allows for automation of a lot menial tasks that would otherwise take a lot of time if another programming language was to be used. If you have a project that requires fast deployment and you want to ensure that it can be maintained by anyone, even years down the line, then ROR development is exactly the thing that you need.

1. It simply works – ROR was designed keeping productivity in mind. It does away with lengthy code programming and allows you to call upon the thousands of pre-existing functions in its library to aid you in ROR development. It is for this reason that many large companies have now started hiring ROR developers who can handle development tasks internally and provide faster turnaround times for internal applications. What would once take weeks can now take days when using Ruby on Rails development.

2. It is efficient & offers greater agility – The metrics for measuring the usefulness of a tool have changed greatly in the past few years. While in the past, the resource that was needed for achieving the end result was the single greatest factor, modern companies also consider the time that they invest in the product to be an important value as well. Ruby development is known for allowing faster development and the time that it saves greatly offsets the cost of training employees to use the language. The agility during the development cycle is increased as well and allows for businesses to rapidly modify an application mid development in order to get a final product that offers all the features that the business requires.

Give your business the Ruby advantage
Ruby on Rails development is undoubtedly the future of web applications. You can easily hire ROR developers to work on your project and there are plenty of qualified and experienced offshore companies that can deliver this advantage to you, that too at a reduced cost. Make use of such services to get a custom product that differentiates you from your competition and allows you to gain an edge due to the fact that the custom solution will use the data sets that you prefer, in order to deliver better and more relevant results. If you are choosing to go with Ruby on Rails development, rest assured knowing that you have chosen a technology that is ahead of the many other programming languages. In addition, the speed at which you can turn around projects has been increased significantly due to the many benefits discussed about ROR development. If you need any assistance or advice with your Ruby on Rails development or anything else, please feel free to reach out to the team at Mind Digital Group.