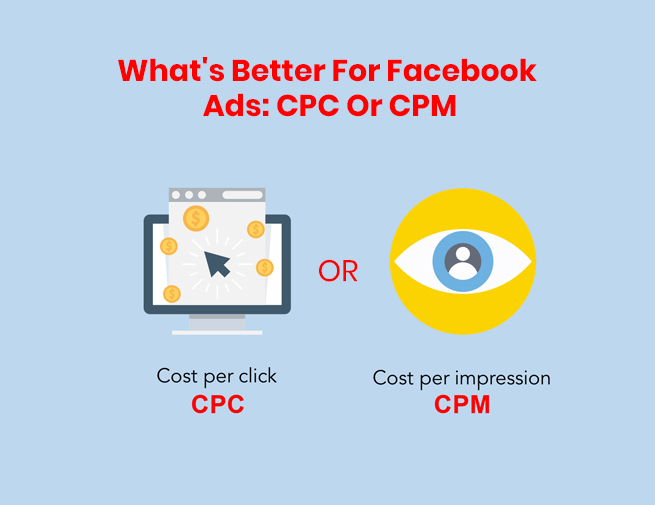 If you are looking to market or advertise your company on Facebook, then the choices are as follows: CPM & CPC.  Which one is better? This article can help you in understanding the differences between the 2, but more importantly make the decision that is right for you!

Before we jump in and explain both models, let’s firstly understand how advertisements on Facebook works?

There are more than 1.15 billion registered Facebook users today! When you register on Facebook, you give your personal information which includes things such as DOB, your gender, location, general interests, likes & dislikes and many other details. This is a HUGE pool of information for an advertiser to interact with the correct audience but more importantly understand them. Facebook filters all of this information as per your requirements and therefore displays your ads to the target audience.

CPM is defined as an attributed cost per 1000 impressions for your ad on a website. Majority of today’s web content portals use the CPM model, where you generally buy a certain numbers

of impressions in a particular time frame. This is irrespective of the placement of the advertisement.

CPM models works on impressions, and whether the target audience see’s your ads at top of the page or even at the bottom. Your message ultimately has been conveyed to your target audience and he or she saw has seen your ad. Facebook also use’s the CPM model in the same way as described above. You need to buy a number of impressions on the basis of bidding.

With CPM model’s, you are basically gambling with the desired budget on Facebook. You might get tons of cheaper traffic, but you may also exhaust your entire Facebook budget without even getting ONE click on your ad.

There is no risk at the publisher’s end in this case (Facebook as an example), as they are paid for every impression of your ad. As a result of this risk/one sided nature of CPM models that exists, companies generally seeks an alternative that can offer some performance guarantee’s and a better ROI (Return of Investment)

CPC is referred to as Pay-Per-Click (PPC). It is a performance based activity in which the publishers are ONLY getting paid for every click on an actual advertisement. So basically what that means is you are ONLY paying when an actual user sees your ad and thereafter clicks on it! To get more clicks and make sure that publishers (Facebook as an example) are getting maximum revenue potential, they have to ensure that the ad is highly relevant.

Since the risk involved is now at the publisher’s end, they will display the ad’s at the relevant positions that it’s generating the highest ROI therefore more clicks for the paying advertisers. In Facebook, you need to bid for a click and the media owner takes into account the quality of placements of relevant ads to increase the chances of more clicks. What this means for clients is that you will be ultimately paying for the actual clicks. Google also has a similar model of CPC, but we will leave that for another blog post!

Summary
The simple comparison between CPC and CPM is as follows:

Cost Per click (CPC) is a low risk model as this is performance based. You will only pay for the clicks on your ads. Sharing of this risk and measuring performance for campaign’s makes CPC a much easier choice for marketer’s today. Google as an example generates billions of dollars in revenue by using this model and playing the middle man role between advertisers/media owners. 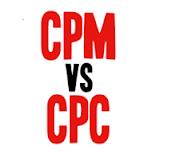 CPM model’s can sometimes require significant amount’s of investment to generate a justifiable ROI. There would be a 100% risk at the advertiser’s end with no guarantees of even a SINGLE click (hence why we compared it gambling above)

At the end of the day, advertiser’s have the option to have guaranteed traffic in the form of CPC’s which may be more expensive than a CPM model. Conversely, with the CPM model they may generate more eyeballs on the actual ads but less traffic. Therefore we believe that depending on what the goals are for advertisers, the strategies need to be tailored accordingly. It all depends on your vision & goals!