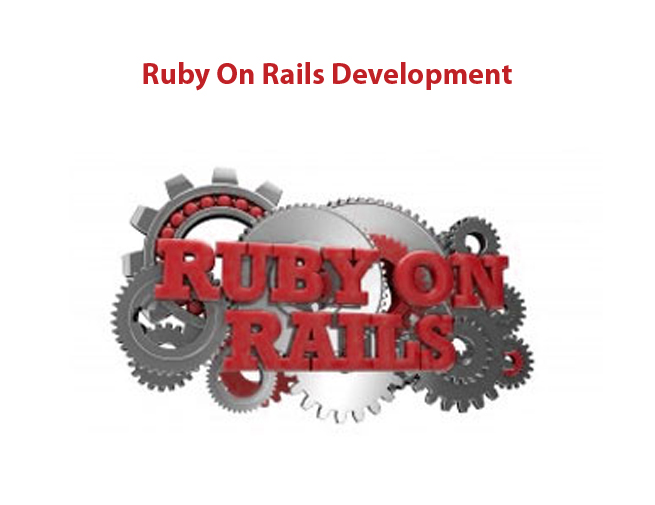 Why Ruby On Rails Development Has Become Popular

Ruby on Rails is an advance framework for developing websites that are fast, feature rich and efficient. It was started in 2004 by David Heinemeir specifically as a framework to create database-back web applications. The unique feature about Ruby on Rails developing is that it manages both front end and back end processes of a website. Ruby on Rails also known as ROR in short form provides developers a framework and all the structures for the code that are written. ROR is being used by many famous websites such as the almighty micro-blogging site Twitter, SlideShare, NASCAR Community, GitHub, Ask.fm and many more sites are choosing Ruby as the programming language of choice.

The advantage of using Ruby on Rails development lies in the fact that it simplifies the process that is repetitive and abstracts the complex tasks. A common phrase used in the ROR community is known as “DRY” your code which basically means Don’t Repeat Yourself. If you ask a Ruby developer why ROR is better than any other programming language, he will respond back saying I can write 1 line of code which equals 5 to 10 in other programming languages. In addition, many times making a change in one place within your ROR code will make the changes to all of them rather than repeating yourself multiple times. The ROR development framework is written in Ruby programming language similarly to Cake is the framework of PHP.

The Ruby language has a touch of elegance and finesse as developers put it. ROR is ideal and preferred by many web developers specifically for web application development. A prototype of the website can be created in less time and this helps in checking the feasibility of the project, wheather to proceed with it or not. The loopholes in the design and functionality can be rectified early during the Ruby on Rails development cycle. Ruby on Rails developers are high in demand these days as companies increasingly deploy ROR for development projects.

Reasons why Ruby on Rails Development is a Good Choice
Ruby on Rails development is based on the programming language called Ruby, it is an open source platform and as a result is completely free of cost. The Ruby framework has many inbuilt functionalities which make the task of development easier than before. Migrating from other technologies like ASP is also easy with Ruby on Rails.

Perfect for web development – Ruby on Rails has been developed especially for web development. There are a host of features in the framework for the front end as well as back end operation. Creating a prototype of websites is very fast which helps in assessing to move forward with a project or not.

Cost-effective – Using Ruby on Rails can save you money as its open source and 100 percent free. It easily runs on Linux, which is also open source. Websites that are built in ASP can easily be migrated on Ruby on Rails which is otherwise very expensive.

Time saving – Apart from being cost-effective, Ruby on Rails development is also time-saving. Development with ROR is fast and efficient compared to other programming languages. The framework provides many inbuilt functionalities and therefore creating everything from scratch is not required.

Summary
Ruby on Rails has become popular for many of the above reasons as discussed. It’s a programming language that unfortunately many say cannot handle millions of users, but Twitter is a perfect example of proving that wrong. In addition, ROR development is a growing field with more and more developers looking to it as a viable option for development moving forward. If you need any assistance or advice with Ruby on Rails development or any other type of development/digital marketing, please feel free to reach out to the team at Mind Digital Group.