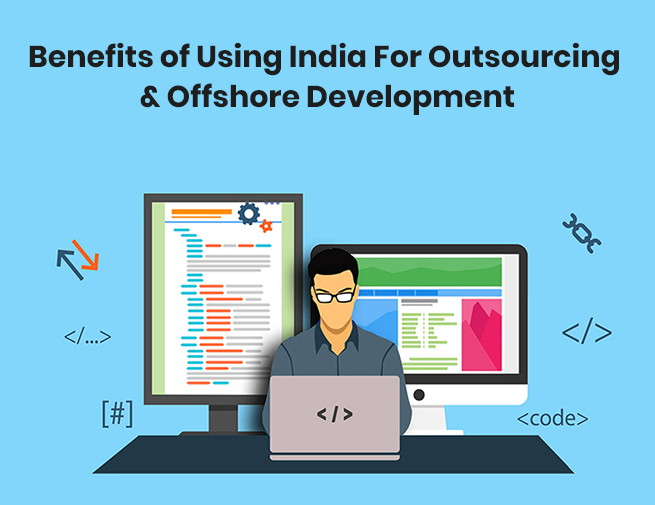 It’s unbelievable how quickly things change in the world.  15 years ago, there was not many website development companies that existed. Today, even the small local shop located down the street has some type of internet presence due to the evolving global landscape. There is more and more competition for companies to deliver websites that are user friendly but look great at a cheaper price. As a result, there is billions of dollars that are spent in website development globally but more and more of it is being outsourced & offshored to countries such as India. According to sourcingline.com which is an independent research firm, India today is the leading offshore outsourcing company in the world. The offshore developing and outsourcing industry started in the late 80’s and early 90’s in India and today is more than $50 billion dollars annually. It is continually growing year over year consistently with global demand.

The largest customers are the Americas and Europe for Indian based outsourcing. The largest verticals are financial services which is 41%, then High-tech/Telecom which is 20%, followed by manufacturing at 17%. The reasons for the vast amount of outsourcing & offshoring is due to many reasons. Let’s look at specifically why website development as a good example is being outsourced & offshored to India: 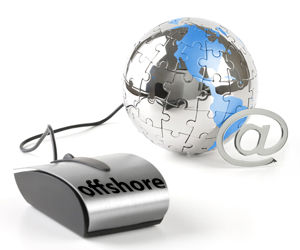 1. Cost – The average cost to employee someone in India is far less than in western countries. The cost of living, food, gas and infrastructure is far less than places like the United States & Europe. Therefore the salaries that are given to even employees that are from accredited universities is less compared to the West. For example the average web developer in India can earn on average from $500 to $1,000 per month. In comparison, a web developer in the US or Europe is on average getting $4,000 per month.

2. Skilled labor – There is a huge emphasis on education in India with the population over 1 billion currently. The top universities due to having limited seats only accept students with phenomenal grades due to the large amount of competition. For example, Delhi University which was one of the best in India wasn’t accepting applications for new students that had grade less than 95% overall! As a result of this extreme competitiveness, students that are graduating from top universities are the true cream at a fraction of the cost. 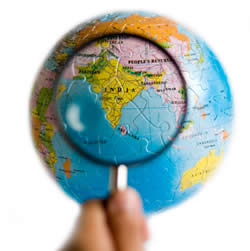 3. Time Difference – Another huge advantage of using a country like India for offshore web development or any outsourcing is that when work is finishing in the Americas, they can send work to India. When they wake up, the work output from India is back in the US, therefore work is going on almost 24/7. This is extremely beneficial when working on tight deadlines and large projects.

Above are only some of the benefits of outsourcing and offshoring web development as an example work to a country like India. There can be challenges using an offshore company, but if you are able to capitalize on these benefits, your business will be able to stay on top amidst the fierce competition.