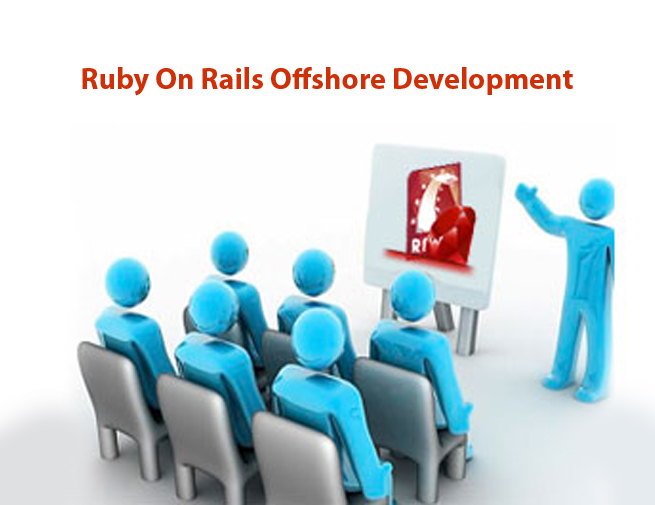 Whenever the topic of Ruby on Rails is brought up, the first thing that you will hear about this programming language is that it is fast. In fact, when you employ the services of a capable Ruby on Rails Offshore development company, the difference in the time taken to develop a website or application can be as little as just 50% of the time it would have otherwise taken to develop the same project using another programming language. Let’s not forget to mention that when you work with an offshore Ruby on Rails development company, you have many other added benefits such as cost-savings, ability to scale easily and many others which we will get into later. Ruby on Rails as a programming language allows you to reduce the time that it takes for development which in turn translates into faster deployment and ensures that you can build an application or website sooner than you were able to before.

The whole thought process behind Ruby on Rails development is that you shouldn’t have to write the same line of code twice as it’s a waste of time. So in actuality the Ruby on Rails offshore company that you work with can essentially write 1 line of code which can act as 10 which clearly showcases the power of ROR development. Another major advantage of ROR development is that many businesses need to take into consideration that the Ruby language is highly structured and follows strict programming guidelines that result in a very easy to understand code. While this may not mean much to a lay person, you should know that even years after a project built in ROR has been deployed, when the original developers are nowhere to be found, you can easily hire any Ruby on Rails offshore development team and they will be able to add features or fix problems with the utmost ease.

Here are some of the key benefits of using Ruby on Rails and working with a Ruby on Rails offshore development company for your project:

1) Launch faster – Are you a high growth company that needs to quickly gain access to a cutting edge tool, website or application on which your business depends on? Are you a tech company that needs to launch a new product which needed to be finished yesterday and time is of the essence? Well, in this case ROR development is just the thing that will help you get what you want. It is fast, it is clean and it is efficient. In addition, when you work with a Ruby on Rails offshore development team, you can hire a team of expert ROR developers which can quickly deliver any project as you can scale a team easily but also program faster using the Ruby language.

2) Easier to maintain – A structured language like Ruby essentially ensures that the entire code for your website or application is well documented and is easy to understand. You can hire offshore Ruby on Rails development company to create the solution for you and then when needed, you can hire another company or keep the same company for its maintenance and upgrades. Ruby code is incredibly easy to maintain for anyone familiar with the language and you will never be tied with a single development service provider.

3) Cost-savings all around – Just because you are benefitting from rapid deployment, it does not mean that Ruby on Rails offshore development is cheap. Offshore ROR development resources are more expensive than other languages such as PHP as Ruby is not for everyone since the technology is new and forces you to think more structurally, write cleaner code, stick to certain guidelines which some developers have trouble doing. However, since you can do more with less using Ruby code, you can save time even though you are paying more for offshore Ruby on Rails development resources. In addition, when you choose to go with an offshore Ruby on Rails development company, you are already saving money due to the fact that you are hiring at an offshore location such as India. In addition to the fact you will pay less for ROR development expertise, you will also not have any software/hardware expense, HR overheads or operation expenses which all come into play when you hire someone internally. Choosing to go with Ruby on Rails development offshore will have a two-prong cost saving and faster deployment advantage for your business.