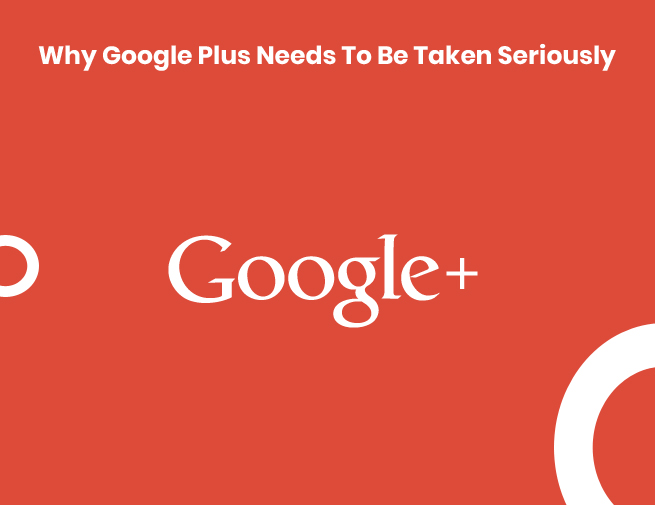 Why Google Plus Needs To Be Taken Seriously

Google Plus has been written off by some and even the New York Times recently called it a “ghostown” in an article they published last month. Google is truly focused on trying to build the world’s largest Social network. Some industry leaders even speculate that Google+ will outgrow Facebook by 2016 and become the number 1 Social Media outlet in the world. So how many users are they on Google+? Today, there are more than 1.5 billion registered accounts and they are more than 350 million active users (who login at least once a month) According to Google, they have more than 30% growth each year in Google+ users and they are outpacing even Twitter in the sheer number of active users.

Some people say that Google+ is dead, dying or even useless. However, this is far from the truth for many reasons. Forrester who is a leading research company recently looked at the Social profiles of 50 leading brands and found that even though Facebook delivers the most fans (not surprising at all), these companies have an average of 90% as many followers on Google Plus that they have on Twitter. According to Forrester Research, Google+ currently doubles the engagement of Twitter which is shocking to some! Below is a graph which Forrester published and you can clearly see the levels of engagement and the surprising fact is that it’s not that far off from Facebook.

In addition to being able to interact more with your customers and brand advocates, Google Plus can help your Search Engine Optimization efforts. Google is taking these social signals of what is being said about your brand, who is sharing this information, and where is it being shared more seriously than ever before. Individuals or businesses who have Goolge+ profiles can claim authorship over the content they have published which will play a big role in many ways. Google authorship will allows users to not allow link content they have created to their own Google+ profile and website, the Google+ profile pictures are being seen in the actual search results of Google. When a search result has a picture next to it in the organic search results, the click-through rates on these links is much higher.

Some interesting facts about Google+:

The bottom line is that Google+ needs to be taken more seriously from marketers across the world. Weather your business is large or small, you can benefit in many ways by engaging and sharing information with your potential customers, brand advocates, and the overall Google+ universe. If you need any help or advice around your Social Media strategy or Google+ specifically, please feel free to reach out to the team at Mind Digital.