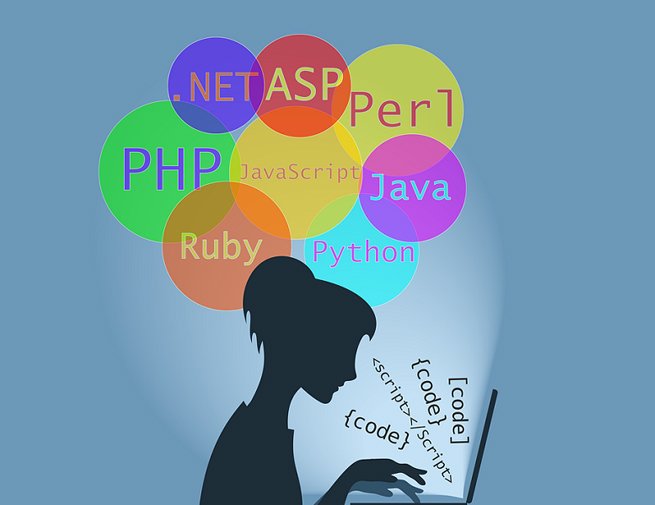 10 Best JavaScript Frameworks to Use in 2019

At present, a lot of programming languages are used worldwide where each has own benefits, purpose and complexities. However, JavaScript has the most popular among them all to leave a lasting impression on the web. In fact, it’s the most widely used programming language for the fast six years in a row, which speaks volume about the kind of trust it enjoys among developers.

More so, 7 out of ten developers worldwide find JavaScript as their favourite programming language which easily edges out other top names like PHP, Java, Phyton and C#. It’s the flexibility and versatility that makes JavaScript so much endearing to developers across the world. Apart from traditional client-side use, JavaScript is also favoured for server-side applications, desktop apps, native mobile app, automation etc.

Before choosing JavaScript framework, it’s better to know some of these things, including –

1. Angular
Angular is considered one of the most powerful and efficient open-source JavaScript frameworks by developers. Operated by Google, it’s mostly used or implemented for developing SPA or Single Page Application. Based on typescript, this front-end web application framework is best fit for building dynamic interactive websites. Some of its key features include Data Binding, Enhanced RXJS, Plenty of resources and support, support for progressive web application and native mobile app.

2. React
React is a creation of Facebook and naturally, it has had to achieve popularity which it has done rather quickly. It’s now a popular JavaScript library for building user interfaces. Creating interactive UIs is truly a painless exercise when this framework is used. Plus, developers can operate the dynamic UI of webpages with high incoming traffic. This framework is used in creating reusable UI components for each state which can update and render data automatically without the need of reloading the page.

3. Vue.js
Vue.js is regarded as the progressive JavaScript framework and offers multifarious features. It’s developed to be approachable, versatile and performant. The most potent feature of this framework is its dual integration model for creation of high-end Single Page Application or SPA. This open-source framework is developed to help streamline UI design. It can adapt to developer’s need and it’s built on concepts from other libraries and frameworks like React and Angular.

4. Ember.js
Ember.js is a popular open-source front-end JavaScript framework with extensive usages in building robust web apps. It works on the MVVM (Model-view-viewmodel) pattern and has Glimmer engine that boosts rendering speed. It supports data binding to link two properties and developers will like its inspection tools for debugging errors. Developers like this framework for establishing a reliable platform to handle complicated UIs. And good thing, this platform is trusted and used by brands like Netflix, LinkedIn for their websites.

5. Meteor
Meteor is an open-source backend JavaScript framework which has usages in building cross platform web and mobile apps for both iOS and Android platforms. Written in Node JS, it comes with Blaze engine but gives developers the ease of using it wither other front-end frameworks like React and Angular. With this framework, developers needn’t worry about being up to date with multiple languages for building simple apps. This framework has extensive usages in back-end development, database management etc.

6. Mithril
Mithril is a progressive client-side framework that developers use a lot in building Single Page Applications. This framework is not only small and fast but also provides XRH and routing utilities for development. Using or implementing it is easy as its functions are not derived from a base class. The good thing, a few of its features are similar to React framework and this helps developers a lot.

7. Node.js
Node.js is a JavaScript runtime that is built on Chrome’s V8 JavaScript Engine. Being a server-side environment, it mostly works on cross platform and it’s also open-source in nature. Developers can benefit from its event-driven architecture to drive asynchronous I/O easily. More so, it mostly mimics properties of Java like forming of loops, packages and threading. And lastly, it works in the JavaScript run-time environment.

8. Polymer
Developed by Google, Polymer is an open source JavaScript library which is capable of building the elements of website without using the complex level. Plus, it’s one of those frameworks that support both, one-way and two-way data binding which helps make the application area wider. Its most notable usages include building of cross browser compatible web apps that use reusable web components. This framework lets developers to build their own component using CSS and HTML and add interactions with the help of JavaScript.

9. Aurelia
Aurelia framework is simple, powerful and unobtrusive. Using this latest version of the JavaScript means you will join thousands who are creating next-gen apps. Developers can use this framework to implement any interface as it can also extend the HTML for various tasks including data binding. Some of its major features include simple testing, extensive ecosystem, easy coding with conventions and reactive bonding.

10. Backbone.js
Backbone.js is considered the most popular JavaScript framework. Plus, it’s simple to learn and its major use in web development India is in creation of Single Page Applications. It helps achieve complex functionalities even without writing more code and that’s why programmers all over the work trust it a lot for development purposes.