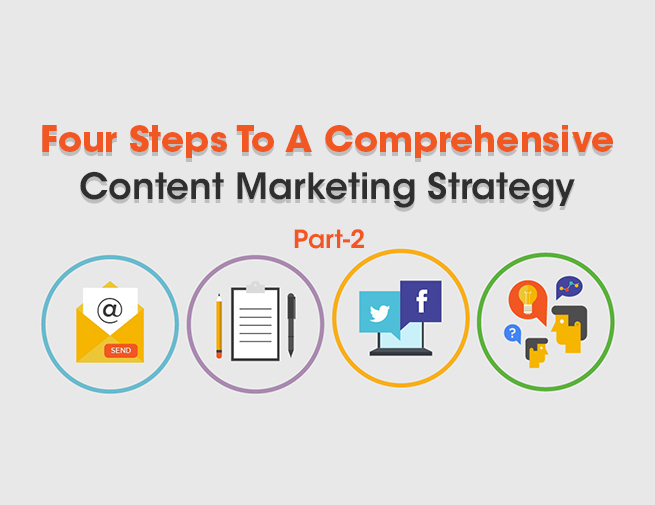 Humans are inquisitive creatures. They are naturally attracted to mysteries and secrets almost like moths to a flame. Hence, one secret to creating viral content is to create articles with the right headlines — headlines with the word “secret” in it.

A few examples to illustrate this:

If you are a tour operator or travel agency, your blog could contain an article titled ‘Seven Secret Rafting Locations in Colorado.’ Variations on that theme such as “Hidden Places in Colorado” and so on will work as well. A Google search is useful as that will provide a measure of help to gauge the number of articles that already exist on the topic and what are the “related searches” to your article title. You may need to or choose to tweak your article headline based on insights from Google.

The other popular headline writing technique and article format is to have a ‘Top 10’ format list such as “10 Secret Healthy Lunch Ingredients” or “Top 10 Beaches in Florida/Southern California/Gold Coast” and so on.

Becoming an expert in some niche can ensure you have a good audience for your content. Of course, becoming someone like Suze Orman in financial planning or Phil Plait in astronomy takes a lot of effort and only a few people will have the skills and will be lucky enough to be in the right place at the right time to succeed.

You could produce deeply researched articles on some topics and attract significant traffic to your website — something like WaitButWhy.com comes to mind with its massive articles about The Fermi Paradox or SpaceX or Tesla Motors. Online publishers may republish your content/article and this can get greater traffic for your website as well as revenue for syndication.

Quora is one more popular social media where you can share your expertise and online publications such as Slate reproduce some Quora answers under a partnership. Quartz also publishes content from Quora.

Creating popular YouTube videos is not as difficult as becoming a Nobel Laureate. You only have to be smart enough to find your own niche area of expertise that also has a popular appeal and can attract an audience.

Different domains will have different levels of competition and existing players who already have an established brand recognition, reputation, wide audience, large number of followers and possibly a deep pocket and global presence.

If you are in the travel business and plan or produce a blog or vlog or YouTube videos, you are up against the likes of Lonely Planet, TripAdvisor, National Geographic, Fox Travel, BBC Travel, et cetera et cetera.

So any content that you produce must be unique enough in some way and not available at the sites mentioned above. But food and travel are such popular and vast business verticals that there is always scope to try and create an identity of your own that lets you stand out from all the other existing businesses.

After all, food and travel constitute some of the core and perennial hobbies of many. And the habits, fashions, and preferences change. New travel destinations suddenly become popular. New holiday activities go viral. Food fashion changes based on taste as well as the latest fad diet.

Perhaps of more limited interest than a popular YouTube channel about food/recipes/cooking would be one devoted to explaining common scientific phenomena as well as the technology inside everyday appliances. Such a YouTube channel or blog can also provide helpful tips regarding the common faults or malfunctions in those appliances and DIY methods to repair the appliances.

The technological complexity of the world we live in growing and people are often at a loss about sundry gadgets and how they work.

Even if something similar already exists, there can always be a different — perhaps fun or quirky — way to talk about those things.

Think about the wild popularity of a show like Top Gear with its trio of hosts including the ever controversial Jeremy Clarkson. It was all about being fun, outlandish, outrageous, quirky, and being irreverent and rebels which apparently appealed to millions of people around the world.

Among examples of brands using viral YouTube marketing, there is this from GoPro, the action camera company. Its ad containing video footage of a fireman in Fresno rescuing an unconscious cat reached more than 30 million viewers.

The #DancePonyDance campaign from Three Mobile in the UK enjoyed good social media success with its related video of a dancing, moon-walking Shetland pony.

Science as well as science communication spans the whole gamut from wildly expensive to super-cheap and from Nobel Prize winning level of nerdiness to the amateur enthusiast. If you ever wondered what would happen if you soaked a piece of cloth in water and then squeezed it in zero gravity, then there is a video of astronaut Chris Hadfield doing exactly that in the ISS.

If you wanted to ever check out the tracks made by the massive, Apollo-era crawler transporter as it ferried a space shuttle to the launch pad in the old days prior to the shuttles being retired, well there is astronaut Mike Massimino doing that and much more and having loads of fun.

But non-astronauts like us can develop some serious expertise about, say, the Apollo missions, and create YouTube videos explaining interesting stuff about those historic missions and technologies.

But you don’t have to be a Nobelist to explain mirror reversal in a YouTube video.

So the point is that there are countless niches and you just have to find one that meets your needs or aligns with your business goals or area of expertise.

Use a brainstorming session in the office to decide your strategy. Or many sessions.

Take ‘citizen science’ projects like SETI@home. What can be a business equivalent of this where consumers and just lay persons somehow become enthusiasts and participate in some project that you create?

If you are a tour operator who organizes adventurous activities such as whitewater rafting or sky-diving et cetera, you could post articles to your blog or create YouTube videos where you talk about the basics and the dangers and safety precautions to be taken while performing various adventurous activities.

Different companies have different levels of engagement with social media. Some like Tesla Motors have a cult following among social media-savvy technology enthusiasts and naturally there are plenty of viral videos of people driving their Tesla Model S sedans in ‘insane’ mode or using the latest Autopilot features. Tesla CEO Elon Musk is himself a pro at using Twitter not only during product or feature launches but at other times as well such as when some crisis hits the company. No other CEO of a major auto company like Ford, Toyota, GM, Ferrari, Fiat, Mercedes and so on deploys Twitter or any other social media tool with comparable aplomb.

Tesla is a minnow in the global auto business. Whereas large auto companies sell millions of cars per year, Tesla sold about 50,000 of its Model S sedans last year for a turnover of about $5 billion. But using social media, Tesla has built a level of visibility for itself where it is seen as a global player as well and its name is taken as seriously as the other auto businesses some of whom have been around for longer than a century.

Apple CEO Tim Cook has a Twitter account that he uses occasionally and Apple itself got its own Twitter account only in 2015. Apple can afford to be blasé about doing social media marketing or outreach but small businesses who don’t have Apple’s level of cult following cannot.

In fact, Apple’s cult following is such that enterprising individuals are harnessing it for their own commercial gain by creating YouTube videos that go viral.

Duncan Sinfield and others post monthly updates about the construction progress of Apple’s Campus 2 and these get hundreds of thousands of hits.

Then there are those who put an iPhone in boiling Coke and upload the resulting video to YouTube and get millions of viewers for that.

If individuals can create interesting drone videos, the takeaway for consumer facing businesses is that they too can do similar videos with relevance to their own businesses.

A travel agency who organizes whitewater rafting or hikes on the Appalachian Trail can surely create nice drone footage of the rivers and trail routes and these will make for engaging viewing.